What is a True Experimental Design?

True experimental design is a statistical method for determining a cause and effect relationship between various variables. This is one of the most precise types of research designs, providing substantial evidence to support the existence of relationships.

To conduct true experimental research, the following three criteria must be met:

- Presence of a control group: The participants are divided into two groups: those who are subjected to the experiment and thus undergo changes, and those who are not.

Random assignment: Participants must be assigned to groups at random.

True Experimental Design in Use

A true experimental design can be used to conduct a study on the effects of physical exercise on productivity levels.

Assume 300 people volunteer for a study involving office workers in their twenties. These 300 participants are randomly divided into three groups, the first of which is a control group that does not exercise and must go about their daily lives. The second group is asked to do 30-45 minute home workouts every day for one month. The third group must exercise for two hours every day for a month. Both groups are required to take one rest day per week.

Before beginning the research, each participant's current workplace performance is assessed and documented. As the study progresses, a progress report for each of the 300 participants is generated to track how their physical activity has affected their workplace functioning.

After two weeks, participants in the second and third groups who can tolerate their current level of workout are asked to increase their daily exercise time by half an hour, while those who can't are advised to either continue with the same timing or fix the timing to a half-hour lower level. So, for example, a participant who cannot tolerate 2 hours of workout after two weeks will now workout for 1 hour and 30 minutes for the remaining two weeks, whereas someone who can tolerate 2 hours will now push themselves to 2 hours and 30 minutes.

In this manner, the researcher records the timings of each member of the two active groups for the first two weeks and the remaining two weeks after the timing change, as well as their corresponding performance levels at work.

The following is an example of a true experiment research:

- A control group is involved: Group 1 continues with their normal routine without being conditioned to exercise.

- The researcher can control the duration of exercise each day via an IV.

- Random assignment: 300 participants are randomly assigned to three groups, with no assignment criteria. 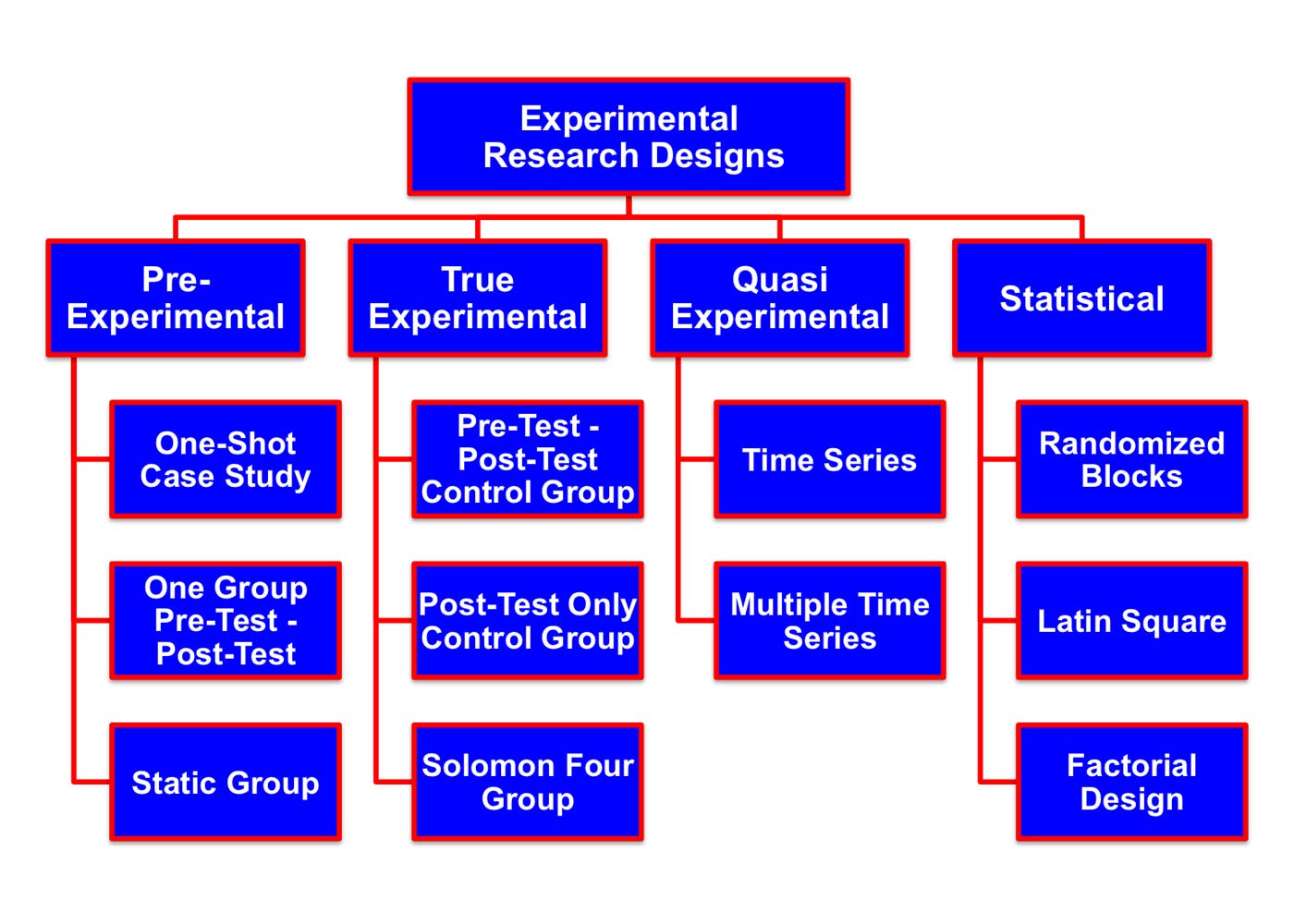 The primary application and goal of a true experimental research design is to establish meaningful relationships based on quantitative monitoring. True experiments are concerned with connecting the dots between two or more variables by demonstrating how a change in one causes a change in another. It can be as simple as getting enough sleep improving retention or as complex as geographic differences influencing consumer behaviour. The main idea is to have different sets of variables to study that have some shared commonality.

True experimental research is used when the three criteria of random distribution, control group, and an independent variable to be manipulated by the researcher are met.

The statistical nature of experimental design lends it credibility and accuracy. The research data is subjected to statistical analysis tools. As a result, the results are simple to understand, objective, and actionable. This makes it a superior alternative to observational studies, which are subjective and difficult to draw conclusions from.

Simple to comprehend and replicate:

Because the research provides hard figures and a precise representation of the entire process, the results presented are easily understood by any stakeholder. Furthermore, future researchers conducting studies on the same subject will find it easier to understand previous perspectives on the subject and replicate their findings to supplement their own research.

In true experimental research, the presence of a control group allows researchers to compare and contrast. The extent to which a methodology is applied to a group can be studied using the end result as a reference point. 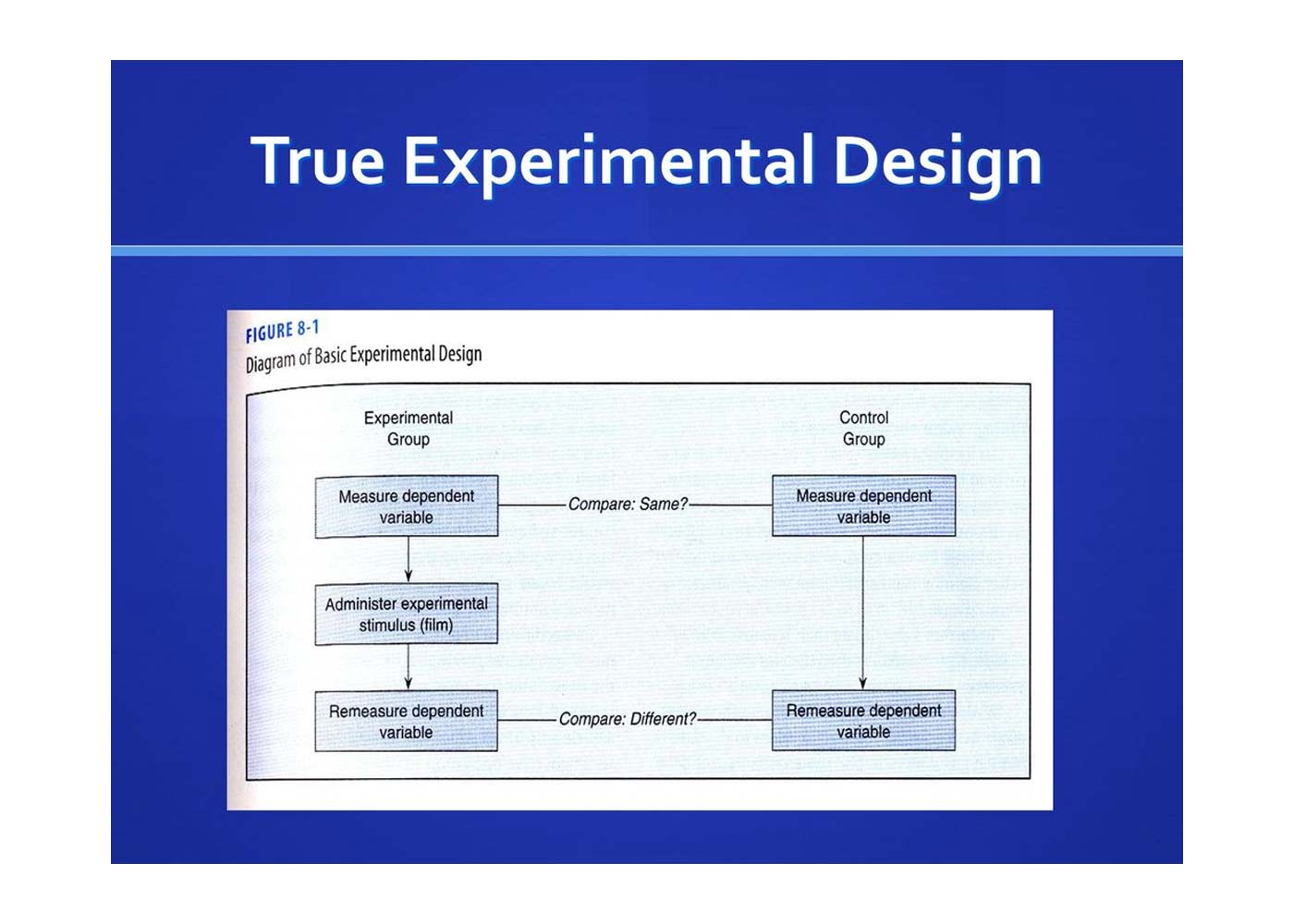 True experimental designs are prohibitively expensive. It takes a significant investment of resources to recruit and manage the large number of participants required for the sample to be representative. Because of the high resource investment, it is critical for the researcher to meticulously plan every aspect of the process.

True experimental research is conducted in a completely controlled setting. Because such a scenario is not representative of real-world situations, the results may be falsified. This is one of the main reasons why open field research is preferred over lab research, where the researcher can influence the study.

Setting up and carrying out a true experiment takes a significant amount of time. This is due to processes such as recruiting a large enough sample, gathering respondent data, random grouping, monitoring the process over time, tracking changes, and making adjustments. The number of processes, while necessary for the overall model, is not a viable option when the results are needed soon.

The participants are constantly on the lookout for the purpose and assessment criteria. The pre-test informs them of the criteria on which they will be judged, which allows them to modify their final responses without jeopardizing the overall quality of the research process. This, however, can impede the researcher's ability to establish a comparison between the pre-experiment and post-experiment conditions, which is what actually weighs in on the changes that have occurred over the course of the research.

It is a modification of the post-test control group design with an additional test performed before the experimental methodology is implemented. This two-way testing method can assist in detecting significant changes in research groups as a result of the experimental intervention. There is no guarantee that the results reflect the true picture because post-testing can be influenced by respondents' exposure to the pre-test.

One control and one experimental group are used for pre-testing, while all four groups are subjected to post-testing.

This allows the researcher to establish a pre-test-post-test contrast while another group of respondents is not exposed to pre-tests and thus provides genuine post-test responses, accounting for testing effects.

Pre-experimental research is an observation-based model, which means it is highly subjective and qualitative in nature, as opposed to true experimental design, which provides an accurate analysis of data collected using statistical data analysis tools.

Absence vs Presence of control groups:

Pre-experimental research designs do not typically include a control group, making it difficult to establish contrast, whereas all three types of true experimental designs do.

Pre-tests are used as a feasibility mechanism to determine whether the methodology being used is appropriate for the research purpose and whether it will have an impact.

Identify the exact variables which you need to analyse for a cause and effect relationship. Determine which specific relationship study will assist you in making effective decisions and frame this research objective in one of the following ways:

- Determining the effect of X on Y

- Determining the effect of X on Y

Define the study's target audience. A sample must be drawn from this target audience in order for accurate research to be conducted. It is critical that the target population be defined as precisely as possible.

A random sample of individuals from the population is used to narrow the field of view. These are the respondents who have been chosen to assist the researcher in answering their research questions. Following their selection, this group of people is randomly divided into control and experimental groups.

Pre-tests are to be performed wherever necessary before beginning the actual study. These pre-tests assess the respondent's condition, allowing an effective comparison of the pre- and post-tests to reveal the change brought about by the research.

Use the experimental group you created in the previous step to carry out your experiment. Provide the necessary instructions and answer any questions or concerns that the participants may have. Keep an eye on their practices and progress. Ensure that the intervention is followed correctly; otherwise, the results may be tainted.

Assess the intervention's impact on the experimental group and compare it to the pre-tests. This is especially important because the pre-test serves as a starting point from which all of the changes measured in the post-test represent the effect of the experimental intervention. So, for example, if the pre-test in the preceding example shows that a specific customer service employee was able to solve 10 customer problems in two hours and the post-test conducted after a month of daily two-hour workouts shows a boost of 5 additional customer problems being solved within those two hours, the additional 5 customer service calls that the employee makes are the result of the additional productivity gained by the employee as a result of putting in the required time.

Using appropriate statistical tools, draw conclusions from the data observed and collected. Correlational data analysis tools and tests of significance are extremely effective in relationship-based studies and thus have a wide range of applications in true experimental research.

This step also includes distinguishing between the pre and post tests in order to focus on the impact of the independent variable on the dependent variable. A comparison of the control and experimental groups sheds light on the change that occurs during the course of the experiment and how such change is intentional and not accidental.